Fun and Engaging Training for You and Your Dog

How to help your dog during a thunderstorm (part 2) 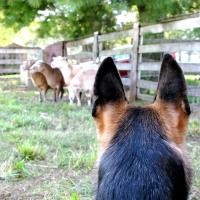 In part 1, I discussed using calm, consistent tactile pressure to comfort your dog during a thunderstorm. (Read it here.)

Play can alleviate distress for a sizable subset of storm phobic dogs when done appropriately. 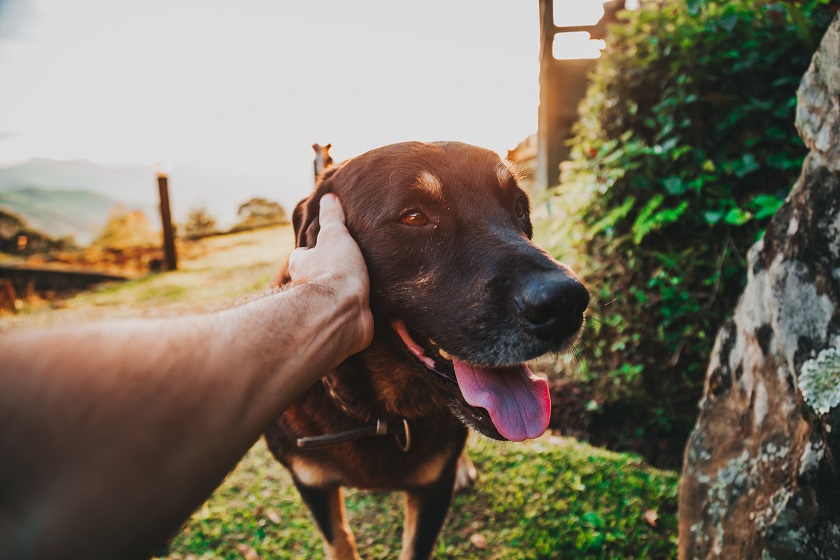 Not all play is equal

I lump most play with our dogs into one of two categories: object mediated play and social play.

Fetch with a ball and tug with a toy are classic examples of object mediated play.

Social play is different. Social play is an affiliative interaction that occurs because you and the dog are having fun. When I think of social play, I picture a person happily petting and playing with a silly, wiggly puppy. (Dr. Amy Cook’s article does an outstanding job of describing social play and its utility in working with fearful dogs.)

A case for social play for thunderstorms

Some dog trainers will disagree, because one of the classic behavioral treatments for storm associated anxiety is counterconditioning--a process which seeks to change the dog’s underlying emotional response to the storm by associating it with things the dog likes.

Using the presentation of toys or play for counterconditioning pieces of a thunderstorm is often successful. For example, let’s say you have an audio recording of a thunderclap. Everytime the noise is made, you toss the ball for your dog. Pretty soon your dog can’t wait for the sound of the thunderclap because the ball will be tossed.

It is difficult to follow this process through to a real storm, because we can’t individually replicate many of the triggers (i.e. changes in barometric pressure, static electricity, etc.). However, it is not uncommon for people to still try to use toy play during a thunderstorm. The tricky part is that sometimes a dog will still interact with the toy, but it is hectic behavior masquerading as play; your dog is redirecting his anxiety into a target that won’t necessarily relax him. Instead, it could make it worse.

Social play doesn’t lie, though. As Dr. Cook argues in her article, your dog is very unlikely to engage in social play if he is afraid.

“Well, that doesn’t make sense… If the dog won’t do it when he is afraid, how am I going to use it during a thunderstorm?” More on that in a minute...

Most people think (myself included) that they can easily engage in social play with their dogs, but, once you take the toys away, it is surprising how unpracticed we are. I think part of this is because we tend to move towards toys when our dogs are young (because puppy teeth are sharp!) and object based play is great for training specific behaviors (dog sits, reward = ball).

So, practice your social play, and do it away from thunderstorms. (You don’t want your dog to be halfway to a panic attack, because he thinks the lightning strike suddenly altered your personality.)

Spend some time figuring out what your dog likes. Stand up or get on the floor. Pat your legs. Invite your dog in. How does your dog react? Does he look like a silly, wiggly puppy?

There are a few important rules to using social play with anxious dogs:

This is a video from a few years ago when I started working on social play with Tootsie. I am using food to facilitate the interaction, but I quickly faded it since I don't want the dog expecting (or even thinking about) a reward. I just want her to enjoy herself. You will have to figure out what works for you and your dog.

How to use play to help your storm phobic dog

I’ve already mentioned that a dog is very unlikely to engage in social play if he is afraid. So how is it useful during a thunderstorm?

It won’t work for everyone

Developing social play skills to the point that they can be used to help an anxious or fearful dog isn’t easy, but it is very rewarding when it does work.

Give it a try. Even if it isn’t useful as a stress reducer during a thunderstorm, it will be a good relationship builder for you and your dog.